POPULATION GENETICS AND THE HARDY-WEINBERG LAW

The Hardy-Weinberg formulas allow scientists to determine whether evolution has occurred. Any changes in the gene frequencies in the population over time can be detected. The law essentially states that if no evolution is occurring, then an equilibrium of allele frequencies will remain in effect in each succeeding generation of sexually reproducing individuals. In order for equilibrium to remain in effect (i.e. that no evolution is occurring) then the following five conditions must be met:

Obviously, the Hardy-Weinberg equilibrium cannot exist in real life. Some or all of these types of forces all act on living populations at various times and evolution at some level occurs in all living organisms. The Hardy-Weinberg formulas allow us to detect some allele frequencies that change from generation to generation, thus allowing a simplified method of determining that evolution is occurring. There are two formulas that must be memorized:

Individuals that have aptitude for math find that working with the above formulas is ridiculously easy. However, for individuals who are unfamiliar with algebra, it takes some practice working problems before you get the hang of it. Below I have provided a series of practice problems that you may wish to try out. Note that I have rounded off some of the numbers in some problems to the second decimal place.

PROBLEM #1    You have sampled a population in which you know that the percentage of the homozygous recessive genotype (aa) is 36%. Using that 36%, calculate the following:

PROBLEM #2.    Sickle-cell anemia is an interesting genetic disease. Normal homozygous individuals (SS) have normal blood cells that are easily infected with the malarial parasite. Thus, many of these individuals become very ill from the parasite and many die. Individuals homozygous for the sickle-cell trait (ss) have red blood cells that readily collapse when deoxygenated. Although malaria cannot grow in these red blood cells, individuals often die because of the genetic defect. However, individuals with the heterozygous condition (Ss) have some sickling of red blood cells, but generally not enough to cause mortality. In addition, malaria cannot survive well within these “partially defective” red blood cells. Thus, heterozygotes tend to survive better than either of the homozygous conditions. If 9% of an African population is born with a severe form of sickle-cell anemia (ss), what percentage of the population will be more resistant to malaria because they are heterozygous (Ss) for the sickle-cell gene?

PROBLEM #3.    There are 100 students in a class. Ninety-six did well in the course whereas four blew it totally and received a grade of F. Sorry. In the highly unlikely event that these traits are genetic rather than environmental, if these traits involve dominant and recessive alleles, and if the four (4%) represent the frequency of the homozygous recessive condition, please calculate the following:

PROBLEM #4.    Within a population of butterflies, the color brown (B) is dominant over the color white (b). And, 40% of all butterflies are white. Given this simple information, which is something that is very likely to be on an exam, calculate the following:

PROBLEM #5.     A rather large population of Biology instructors have 396 red-sided individuals and 557 tan-sided individuals. Assume that red is totally recessive. Please calculate the following:

PROBLEM #7.    After graduation, you and 19 of your closest friends (lets say 10 males and 10 females) charter a plane to go on a round-the-world tour. Unfortunately, you all crash land (safely) on a deserted island. No one finds you and you start a new population totally isolated from the rest of the world. Two of your friends carry (i.e. are heterozygous for) the recessive cystic fibrosis allele (c). Assuming that the frequency of this allele does not change as the population grows, what will be the incidence of cystic fibrosis on your island?

PROBLEM #8.    You sample 1,000 individuals from a large population for the MN blood group, which can easily be measured since co-dominance is involved (i.e., you can detect the heterozygotes). They are typed accordingly:

Using the data provide above, calculate the following:

PROBLEM #9.    Cystic fibrosis is a recessive condition that affects about 1 in 2,500 babies in the Caucasian population of the United States. Please calculate the following:

PROBLEM #10.    In a given population, only the “A” and “B” alleles are present in the ABO system; there are no individuals with type “O” blood or with O alleles in this particular population. If 200 people have type A blood, 75 have type AB blood, and 25 have type B blood, what are the allelic frequencies of this population (i.e., what are p and q)?

PROBLEM #11.    The ability to taste PTC is due to a single dominate allele “T”. You sampled 215 individuals in biology, and determined that 150 could detect the bitter taste of PTC and 65 could not. Calculate all of the potential frequencies. 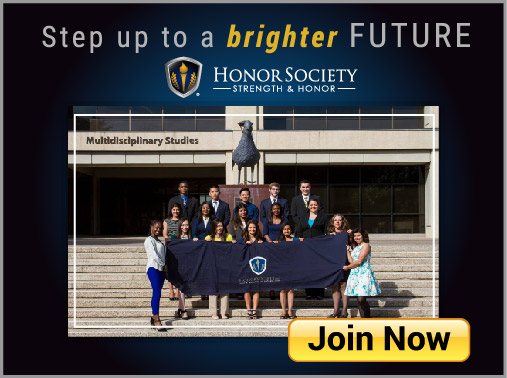